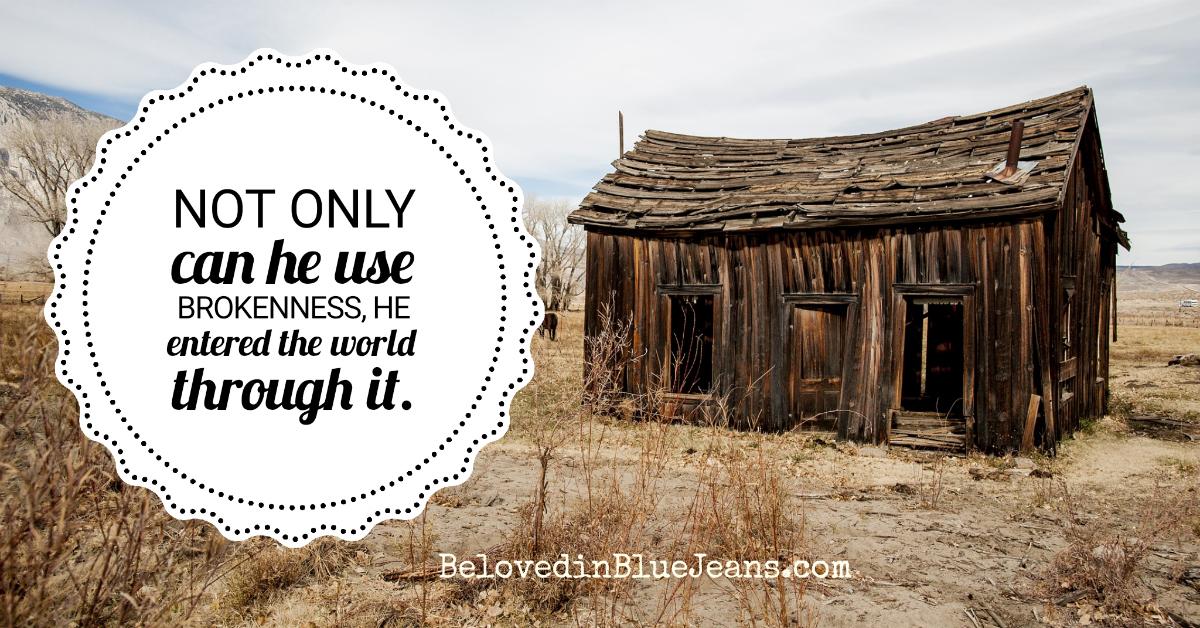 Christmas cards show scenes of Mary, halo-looped, surrounded with light and gazing at her son. Our image of the mother of Jesus is pure. It is a clean white portrait of one who is wise and serene. We have another version the Mary with hands clasped looking upward, pain etched in face while Jesus takes his last breath on the cross and declares it “finished.” Mature Mary. Together. Knowing the calling on her life and His closest witness.

No sister held her hand while she birthed her son and her mother did not wrap her child and offer advice. The stage from which our King would first speak words to His people: a barn, from a bed made of slivered wood. The mother of God’s hand was held by no one but Joseph, her courageous husband who supplied his strength to protect God’s chosen and beloved. Her audience was a donkey, a cow, a lamb and lowly shepherds. And later strangers arrived from a foreign country, wise enough to follow the star and see the light.

A few years ago, over dinner, my friend told me about Broken Mary. She had retrieved the box of Christmas decor and gone about the business of setting out the nativity scene at the center of the table.

She discovered that Mary was broken: fractured, right down the middle.

Her husband super-glued her back together.

We rarely speak of a Broken Mary, but those cracks tell the real redemptive story. The story of God using the broken, the outcast, the lonely to birth a KING.

I can’t help but think that when that Mary cracked on my friend’s table the truth spilled out. The true Mary became clear.

The reality is that Mary was a young outcast girl, but also consecrated by God.
He announced through her: I CAN USE your brokenness and bewilderment.
He could use it because Mary BELIEVED despite her doubt.

Not only can He use it, He entered the world through it. There was the arc angel and the announcement and the anointing, through which God broke Mary’s life to fill the world. These moments bind her to the Story in the most intimate of ways.

Mary’s brokenness bore the Son of God, The Savior, She would surely be stoned and humiliated given her situation, but God turned her isolation into the only solace we would ever know.

Mary’s life looked like a muddy mess on earth.
I hear a familiar comforting call in Broken Mary.
She is familiar with the stench of the smell of the outcast, those outside the city gates.
I suspect she can relate to words like: Shame. Illegitimate. Lonely. Unknown. Cast-out. No room. Cold. Dark.

In a city where officials were counting, she didn’t count.
She didn’t hold enough rank to have a roof the night she gave birth to the only
Promise that ever mattered.

God would break shame and Mary wide open, placing her on a donkey to ride across the wilderness, in winter. Mary responded “YES” to the sacrifice and the greatest calling on a woman’s life that ever was.

This Christmas  I wonder if brokenness is a gift….
I wonder if maybe holy looks like Broken Mary:

Called through the wilderness, to a barn, a manger, and ultimately to a cross and a tomb. Mary was broken by Him, for Him. From conception to ascension.

Called to difficult journey, yet full of God Himself. Mary walked a long, lonely path paved with light.

She stared fear in the face and believed an angel.