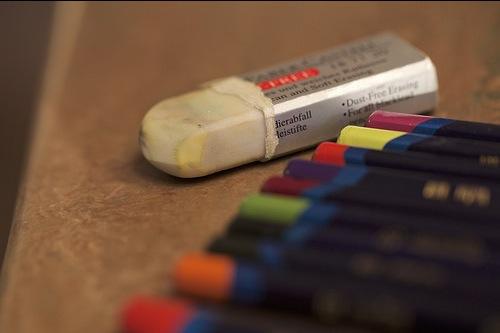 (photo courtesy of Cindee Snider Re)

That morning we had shoveled the driveway to help dad get to work and I had felt important. But that feeling didn’t last.  Given a little time alone, insecurity had crept back into me and bled out through the red marker that I held in my hand.

I was 10 years old when I wrote the first sentence I was really proud of.

I was sitting behind the Christmas tree and the colored bulbs were glowing through the tinsel.  They were the kind of lights that got hot after shining awhile, so I licked my pinkie and touched them to hear the sizzle. I twirled a curly strand of hair around my index finger while I doodled and wrote.  My eyes were fixed on that Frazier fir next to the snow-covered picture window. I had spotted a cardinal among the flurries that day and it was the most beautiful bird I had ever seen~ a brilliant red against pure white. I wrote a sentence describing it and for a moment I thought it was the most lovely thing I had ever read. The next moment I doubted it was ever worth sharing.  I balled the paper up and threw it into the fireplace.

I thought about things, sitting there by the tree. Things like how I hated my frizzy hair and how Julie Sanders’ was straight and blond.  And how I wished I was her.  Because everybody noticed Julie, especially Steve Hoskins.  I thought about how I seldom spoke out loud but how I had so much I wanted to say.  I also pondered how I might just march onto that cafeteria stage at St. Mary’s Catholic School one random day and make a proclamation.
If I wasn’t so afraid of my own voice.

I wrote all that down.  I penned out the wounding words twisted on myself and then I tucked the pages under my pillow, hidden. I was trying hard to be invisible and invincible all at once. I never spoke to adults at that age, and seldom to my peers.  I was nearly mute.  My mom had to explain more than once to others that I wasn’t being rude.  I was simply the “s” word: SHY.  But the truth behind the shyness was deep insecurity.

I looked down a lot and that’s where I began to notice dandelions in the cracks of pavement, snowflake patterns, and how when people’s shoelaces were untied they felt uncomfortable even before they noticed they were undone. Looking down I saw things that others missed. It’s where I started to become a writer.
It’s part of my story, the looking-down.

Shy followed me like a shadow into my 20’s, punctuated with brief seasons of brave.
The calendar has spun several decades since all that insecurity.

Let me be clear: this is a confession.
I still go mute sometimes. And I compare. And look down when I should be looking up.
I’m not sure if it’s fear of not being perfect or too much pride.  Or a whole lot of both.

I have used my own voice to beat myself up and to doubt what God says about me.  I’ve spent way too much time listening to the voices in my head.  Too dang much time criticizing everything from my hair, my writing, my life, and other people instead of knowing that I have been pre-approved by Savior who created me just the way I am for such a time as this.
So have you.

It’s time to take back the voices: The ones that lie.

Because the truth is that HE gave me {and you} a brave, strong voice capable of compassion and empathy.  A voice to speak love and truth and grace into the day-to-day of mothering or ministry or mountains of problems. We own courageous voices of encouragement made solely to carry HIS message to those around us.  To tell better stories, especially to OURSELVES.