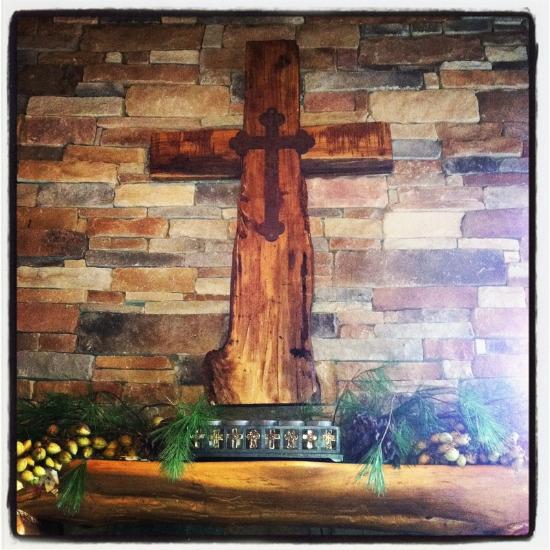 When I was 9 years old I fell.

My brothers and I were at the family farm in Iowa. One of our favorite games was running the lengths of the rugged wooden feed troughs which our grandfather used to feed the cattle. There seemed to be dozens of them, positioned end-to-end. To run the length of them we had to jump from one to the other and that’s when I tripped as I  chased my brothers who were just ahead. I felt my foot catch something.  I fell helplessly forward, arms outstretched as if somehow that would save me from injury.

I arose sliver-covered and crying in my shorts and halter top in the heat of the day.

My brothers ran to help. The cattle were unmoved, barely raising their eyes to the calamity.  Somehow I stumbled to the farmhouse on my own and I don’t remember how I covered the several hundred yards to grandma’s front door.  Grandpa found his best tweezers and began the slow processing of removing the offending slivers one at a time.  It seemed to take hours.

Rugged toothpicks littered my body. I will never forget it.

My grandparents and parents dosed me up on Tylenol and coated me with soothing ointment. Grandpa tried to extract the shards only because it made me feel better that he was doing something to help.   In reality only the largest ones could be removed. Those hurt but it was the little ones that couldn’t be removed and were left behind that hurt more. I suppose they worked their way out of the scabby places over time.  Our young bodies are resilient like that.

Oddly enough this memory comes back to me every Easter…because I feel tired and beaten up during Holy Week. My Lenten promises are running dry and I am in desperate need of redemption….ready for cleansing. Ready for somebody to remove the slivers of all my falls.

When Jesus first arrived he was placed in a discarded wooden feed trough that had been relegated to a small barn. On rugged wood. Slivers everywhere.
His earthly life ended as it had begun,  lain upon rugged wood, nailed to a splintery rugged cross. He got all slivered-up messy for us. From beginning to end.

Why crucifixion? The cross was historically designed to relegate people to fear, a death sentence that existed hundreds of years before Christ endured His own. Its brutality kept Rome’s subjects under control, for nobody would willingly choose to end their life that way.

In the bible wide swaths of time are often given a blip of a verse.   Dozens of generations are mentioned in one chapter. But on this Friday that we call GOOD…….we get an hour-by-hour account. History crawls to an slow, anguishing pace.  We are forced to look at the great cruelty of the slow dying God chose for his son as it plays out in vivid detail.  Jesus stumbles up a hill to death and then crawls onto the device constructed for it. Does anyone besides me want to shield their eyes and hearts a bit when reading about it all?

We can’t yet  glimpse the good news.  The next story where he turns that messy instrument of pain, punishment, fear, and death around. We don’t know yet that He redefined its meaning into a Redemptive, Reclaimed Rescue.

God whispers: “That messy manger where only livestock came for food? I sent Him to make it holy. Those planks of wood that represented fear? He crawled onto them because He loves you. Both are now reclaimed and beautiful.”

How I dis-grace it all. Fling it off like it’s mine to reject. Except on Good Friday when I remember again that His cross was an instrument of death. I sure have toned it down a notch (or a thousand.) I use the cross as home décor. A pretty adornment above the fireplace. A diamond-set charm for around my neck. I have forgotten. I think Ann Voskamp calls it “spiritual amnesia.” I walk around as if I don’t have shards under my spiritual skin.

This Holy Week I approach the shadow of the cross in my ripped jeans, splinters still working themselves out from under my skin.  Because only in the shadow of Jesus’ rugged cross can they be removed.  And I ponder the slivers I still carry: unforgiveness, doubt, pain, fear. The splinters that make me feel deserted, isolated, forgotten, insignificant, abandoned, afraid, unworthy and forgotten.

And then the shadow of the cross reminds me that In Christ we are: spoken for, claimed, cleansed, adopted, adored, healed and remembered. By name, beloved.

What I realize as I stare at it fully is this:   When I forgive someone or lay down a habit or witness the death of some piece of my life….it is 1/1millionth of what Jesus experienced on that wood. Which invokes prayer. And incomprehensible gratitude.

Because the truth about these blue jeans we are wearing? We are all bankrupt, bruised, barren, beside ourselves, betrayed, and betrayers. I start to remember that He strained under all all of those slivers because He loves me.  He could leave them there but He gave Himself up so that they can be removed.

And I reflect. Do I willingly crawl into any circumstance with sacrificial love? Do I willingly  strain under any load? Because I should when I acknowledge that it was we who were all loaded on his back that day.
I try to move towards reclaimed wood. But I fail.

Jesus’ last thoughts hanging with him on that cross? The men stationed to his left and his right. Criminals. . .like us.
Jesus prays for salvation harder than He has ever prayed for anything. He sweats with pleading to God.
His last cries are for us. The wooden structure has done His earthly body in.

And then it is finished.

And we sit in the stillness of Saturday, waiting for the miracle.